Currently in its 22nd season and past recipient of the Arts Westchester Organization of the Year Award, Taconic Opera invites you to the world premiere performance of an original oratorio composed by the company’s director, Dan Montez: Esther. All performances will include professional lead singers, the Taconic Opera Orchestra and Chorus, and will be conducted by the composer himself. This is the first complete oratorio that has been composed on the subject in the last 300 years.

This story of the woman who saved the Jews from their first threat of annihilation will be performed in March (Women’s History month and Purim) in two locations: March 14,  3:00 pm, Presbyterian Church of White Plains, 39 North Broadway, White Plains;  and March 15, 3:00 pm, Congregation Sons of Israel, 1666 Pleasantville Rd, Briarcliff Manor, NY.  Both of these beautiful venues are ideally suited for live sacred music of this caliber due to their acoustical and architectural properties.

This is Maestro Montez’s 6th oratorio in a series of biblical themes including Enoch, Jonah, Daniel, Job and David which all premiered to rave reviews. Comments have included: “Breathtaking!”, “I am in awe.”, “Sweeping harmonic and melodic gestures.”, and “Glorious!” The music of Esther is an exotic, heavenly and dynamic combination that brings the story to life.

« Written In The Stars » is a series of compositions that loosely tell the story of a person grieving after the unexpected and untimely ending of an undertak...
Mar 21
0 Comments 0 Likes

a sweet and whimsical composition, one of the first pieces i wrote for solo acoustic guitar, more than two decades ago. though a few passages have been upgra...
Mar 17
0 Comments 0 Likes 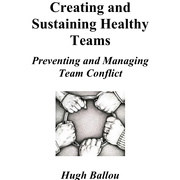