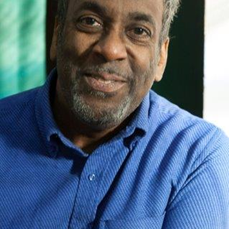 Hudson Chorale is pleased to announce the appointment of Conductor Ira Spaulding as its new Interim Music Director. Spaulding will be replacing Music Director Michael Conley, who has accepted a post as Director of Music Ministries at Calvary Presbyterian Church in Pacific Heights, California.  Conley was instrumental in bringing about the merger of the Choral Arts Society and the Westchester Concert Singers to form Hudson Chorale in 2010.  Under his leadership, Hudson Chorale achieved a size and a degree of professionalism that have given it a region-wide reputation for outstanding programming and superb musicianship.

Spaulding brings an astonishing depth and breadth of training and choral experience to his new role with Hudson Chorale.  Spaulding has enjoyed a multi-faceted career spanning more than 35 years: teaching at the Conservatory of Amsterdam for 20 years, performing concerts and recitals and giving master classes and choral workshops in more than 60 countries, and singing in more than 55 countries.  As part of American Voices he was a soloist with orchestras in South America and Europe, and a guest choral conductor in Russia, Germany, Viet Nam, Mexico and several other countries.

In 2008, after living in Europe for 27 years, Spaulding returned to his native New York to accept the position of Professor of Vocal and Choral Music at City College of New York.  At that time he was also named the new Artistic Director of the Park Slope Singers in Brooklyn.  While actively building the choral and vocal program at CCNY, he has continued to sing concerts in Europe when possible, including Elijah in Stuttgart, and more than 100 performances of the J.S. Bach Passions.

When asked about his new role with the Hudson Chorale, Spaulding had this to say:  “Isn’t it odd that conductors are the only musicians who can never practice alone? I am so happy, therefore, to have been asked by the Chorale to join them as Music Director, discovering new works and revisiting old favorites.  I know that we will have a joyous time doing so.  My love of choral music is part of a triangular relationship.  At one corner of the triangle is the composer, whose ideas are waiting to be heard.  In another corner are the performers, the musicians who strive to understand the music and bring it to life.  And in case you are wondering about the third corner of the choral music love triangle, it’s you, the public.  We want to share our love of choral music with you, and I’m hoping to meet you all at our winter concert on January 24, 2016.

“The program, entitled Cathedral Classics, features 20th Century French choral music (not sung in French), including the Duruflé Requiem along with works by Poulenc, Ravel and Messiaen. Our spring concert in May will feature Mendelssohn’s oratorio Elijah, a work I first enjoyed while singing bass in a high school chorus, and later while singing the title role in Europe, as well as conducting it in both English and German.  Come to our concerts - and (re)discover for yourself the joy of choral music.  We’re waiting for you!”

Spaulding studied with Robert Simpson at Westminster Choir College (Bachelor of Music), earned a Master of Music from Eastern Kentucky University in Voice Performance and Choral Conducting, and received vocal coaching in Holland by Aafje Heynis at the suggestion of Jessye Norman.

For those who love choral singing, Hudson Chorale is welcoming new members in all voice parts (SATB).  “Singer-friendly” auditions will begin on Monday, September 14, 2015, by appointment, prior to the first rehearsal.  Rehearsals take place on Monday evenings from 7:30 pm to 10:00 pm.  Both auditions and rehearsals are held at the Pleasantville Presbyterian Church, 400 Bedford Rd, Pleasantville, NY.  To receive additional information and/or to schedule a time for an audition, contact Jeanne Wygant at JeanneWygant@optonline.net or call (914) 478-0074.  For complete information about the chorus and its Interim Director or to hear music samples, visit the website at www.HudsonChorale.org.

You need to be a member of The Singer Link to add comments!

Rising From The Ashes

a restless instrumental that evolved from an unusual chord progression i stumbled upon while noodling on the nylon guitar. it evokes the indomitable loving e...
Jan 29
0 Comments 0 Likes